Almahajja Mount, which has amazing and peculiar morphologies, is located in the northwestern sedimentary basin in KSA, near the road link between Hail and Taima.

It is surrounded by small pastures and water basin which were the target of many tribes whose livelihoods depended in raising livestock; these tribes lived in the vicinity of the mount, engraved their cultural imprints in the portrayed their daily life and the activities of trade caravans traveling between Iraq, the Hijaz, Syria and Najd.

Almahajja Mount consists of sandstone from the age of ancient life (Paleozoic) or the first geological time (Cambrian, Silurian and Ordovician). Its fragile structure allowed long-term weathering of especially the fourth era (Pleistocene and Holocene) to carve and erode it, thus giving it its present form. Wind had a strong effect in periods of drought in the region. The state of adjacent terrain indicates that weathering had a strong effect, turning it into rubble and dilapidated forms of great beauty and magnificence. 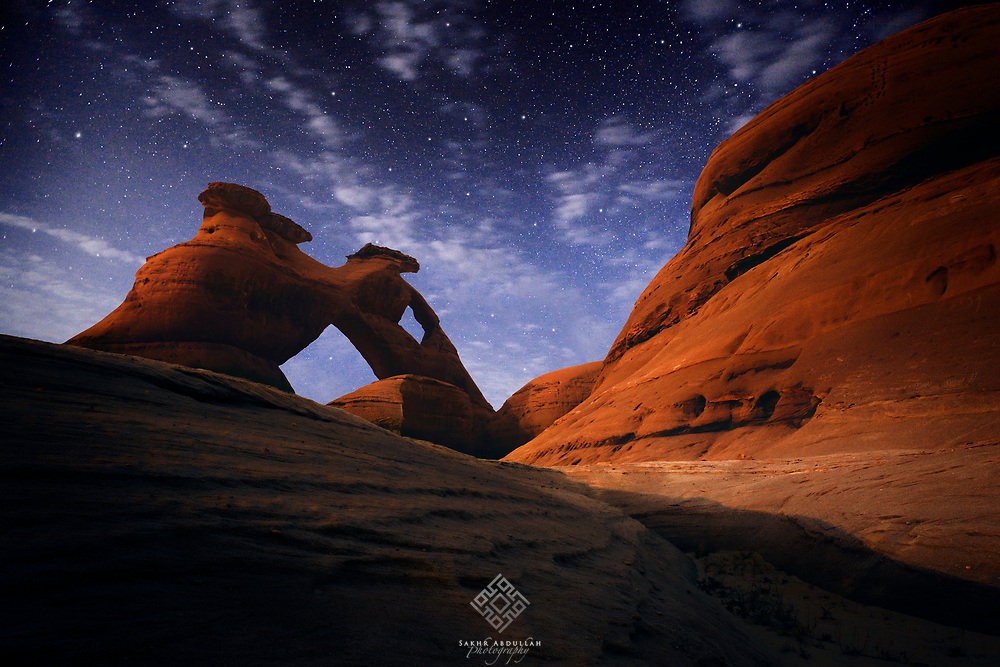